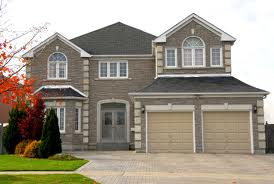 The S&P Case-Shiller 20-City Home Price Index showed that home prices continue to appreciate, but at a slower rate than in previous years. Home prices increased at a seasonally-adjusted year-over-year rate of 4.20 percent in February as compared to the February 2014 reading of 4.40 percent.

In its customary post-meeting statement the Federal Open Market Committee (FOMC) the Fed repeated its projections for moderate economic growth, but again kept its options open for raising the target federal funds rate, which currently ranges between 0.00 and 0.250 percent. The Fed noted that inflation remains below its goal of 2.00 percent, largely due to earlier decreases in fuel prices. FOMC indicated it will be monitoring inflation data closely.

FOMC members agreed not to raise the target federal funds rate, but said that FOMC will closely monitor data on its dual mandate to achieve maximum employment and an inflation rate of 2.00 percent. Labor market conditions, readings on expected and actual inflation rates and domestic and international economic developments will be considered before the FOMC raises the target federal funds rate. When the Fed does raise rates, mortgage rates can also be expected to rise.

Next week’s scheduled economic reports are dominated by employment related data including the National Unemployment Rate, Non-Farm Payrolls and the ADP Employment report. Weekly jobless claims and Freddie Mac’s Primary Mortgage Market Survey will be released as usual on Thursday.